In James Curl’s wonderful boxing biography of Jersey Joe Walcott, TJC spotted the hint of another intriguing character: A headline-grabbing gangster, who in a twist of fate, became his manager. Through the champ’s family, hundreds of recovered clippings and old FBI criminal records, a startling tale of faith, redemption and bromance has emerged. See brief summary below (A veteran screenwriter’s outline is TBA). 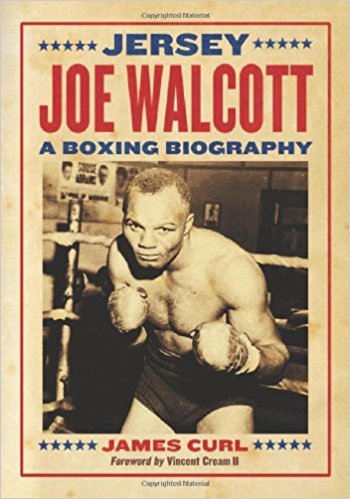 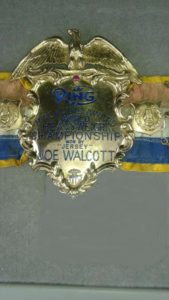 How feared was this mobster? When a murder witness heard Felix “Man O’ War” Bocchicchio was behind the hit, she opened a police precinct’s 5th-story window and jumped.

How dangerous was this fighter? Two early rivals left the ring in comas. Shaken by his own unbridled power, Jersey Joe Wolcott began carrying a Bible to his bouts.

Felix’s epiphany starts with a bloody shootout that left him crippled. Bosses then ask the cane-bound mobster to recruit “bought” athletes for their growing boxing racket.

But when Felix is alerted to Joe, he discovers a struggling prospect in a windowless, snow-bound shack with a wife and six kids crowding a stove. For a goombah from a similar-sized clan, the tragedy of it jumpstarts his soul: Felix sells his valuables, takes on all the brood’s bills and meals, hires Joe a top trainer – then cuts strings to the irate mob.

The contender and his wife knew the headlines from Felix’s dark past, but they believe in forgiveness. What Joe gets back is far greater: his returned “dignity as a man.”

On his road to the 1951 world crown, Jersey Joe knocks down Rocky Marciano and Joe Lewis (twice), while Felix keeps the vengeful gangsters and racists at bay.

When the 37-year-old champ retires, best-friend Felix gives a blessing to his new career – as a cop! In his 20th year, Joe becomes the first black county sheriff in New Jersey history. 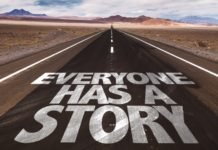 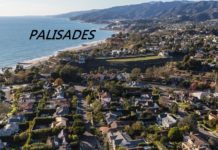 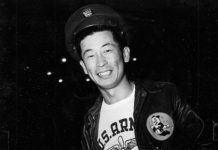 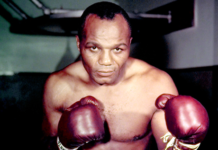 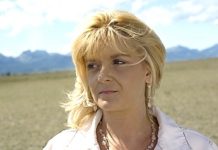